I love doing work with Campaigns & Elections, they are one of the best resources that those involved in the political industry have for learning, being together as a community and staying on the cutting edge.

I had a great time recently at their Member Community event discussing the shifting nature of political and campaign work. You can watch the whole segment here and if you’re not already, you should be a part of the C&E Member community. 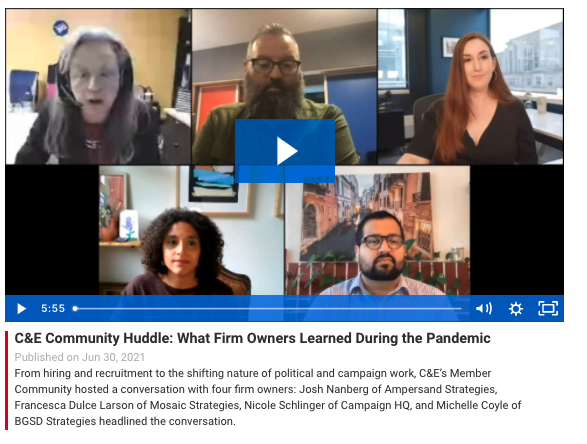 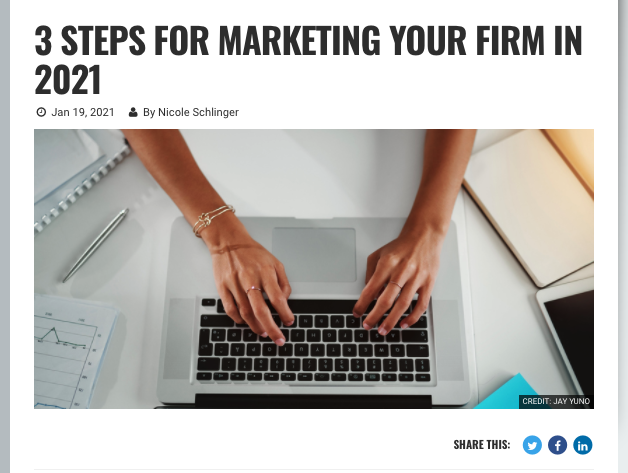 If you want those dreams to become a reality, the time to start marketing yourself and your firm is now. Unfortunately, many consultants and firm owners are so accustomed to standing in the background, promoting their clients, that they forget – or simply fail – to use those same techniques to market themselves.

The basic principles of grassroots voter contact apply to any situation in which you want to identify, persuade, and mobilize other human beings. That includes marketing your firm to the people who will benefit most from your services. Here are three ways to start.

Read more from my recent contribution to Campaigns & Elections about marketing your firm in 2021.

I’d love to hear your thoughts, 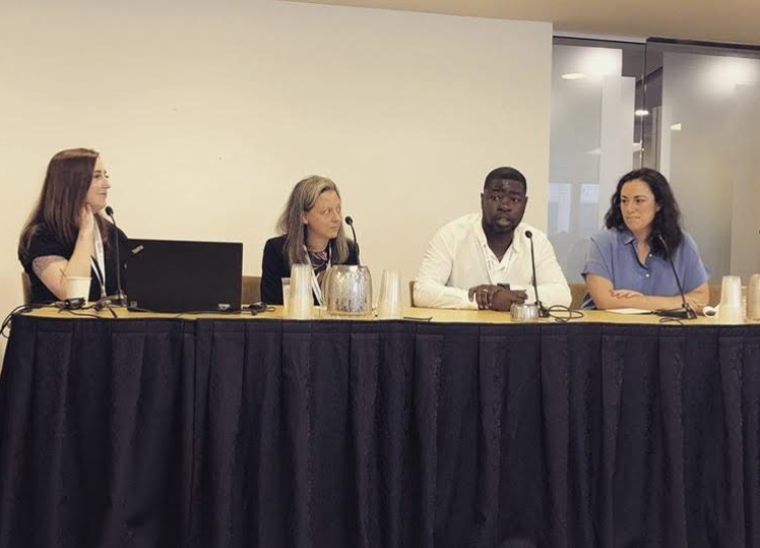 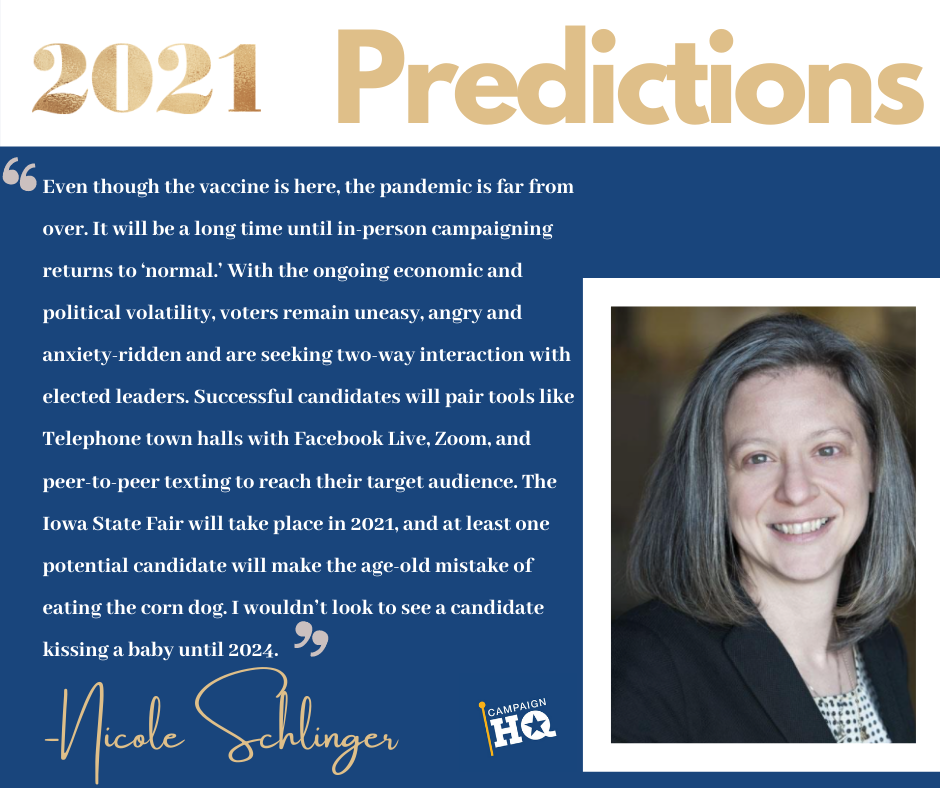 Click here to read other industry predictions for 2021 in Campaigns & Elections.

In our final panel discussion for Campaigns & Elections Webinar Series we chatted about authentic messaging.

A big thank you to Campaigns & Elections for including me on this panel. I always enjoy participating in the opportunities they provide.

You can check out more of these discussions on Campaigns & Elections or on my YouTube page.

Check out our recent panel discussion for Campaigns & Elections’ Caucus Webinar series on how digital shifted in 2020.

Here’s another clip from my recent chat with Campaigns & Elections for their Caucus Webinar Series. This video is an introduction to CampaignHQ and how we delivered in the 2020 campaign cycle. 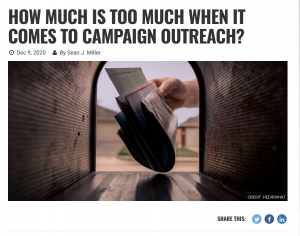 At the end of the year, Campaigns & Elections took a look how “consultants across the campaign industry are grappling with questions of volume and timing after a cycle that saw record spending and more calendar-shifted voting.”

I’m so appreciative that they reached out to get my thoughts – here are a few:

Still, volume can become an issue if the quality of the communication isn’t there. In fact, several Republican consultants stressed that campaigns still need to be targeted and specific in how and why they’re reaching out.

“The rate of response was very dependent on the quality of the interaction,” said Nicole Schlinger, who heads Iowa-based phones firm Campaign HQ. “That kind of message’ [This is so and so, I’ve texted 15 times and you haven’t given to me yet] does not engage people.

“The percentage of responses that we would get on messages like that really would drop. On the other hand, if you had a candidate who sat with his iPhone or her iPhone and recorded a 30-second message at their dinning room table, put it up on Facebook and then texted it out to people, then we could even do a robocall of the sound file to landlines. That was the kind of thing that was really, really effective because people would engage with it. There’s no point in doing something that’s not worth engaging with.”

Read the full article here and subscribe to the weekly C&E Newsletter by clicking here.

The folks at Campaigns & Elections asked several firm owners to weigh in on lessons learned in 2020. Here’s mine:

“Business fundamentals matter and they do apply to political firms and consultants! There was a stark divide between firms in a strong financial position and those betting on a big windfall in the fall of 2020. Firms with cash reserves and lower overhead could put financial worries aside and focus on the immediate needs of their clients and staff. During the election surge, firms that either panicked or were forced to lay off workers in the spring had a harder time picking up where they left off.”

Be sure to check out the others, they’re very insightful.

I recently had the privilege of participating as a panelist in Campaigns & Elections Dec. 3 Caucus Webinar Series on Digital Advertising & Strategy.

Here’s part one where we discus digital advertising and strategy.

Campaigns & Elections provides a great deal of informative content you should check out. https://www.campaignsandelections.com/

I thought it would be fun this Friday to revisit a couple old Campaigns & Elections articles I shared over the past year or so.

I’ve always been a huge fan of Campaigns & Elections and it’s been fun getting the opportunity to share insights for their great publication.

WHY THE BEST MANAGERS ARE (SOMETIMES) THE WORST POLITICAL BUSINESS OWNERS

Back to Basics with Campaigns & Elections: