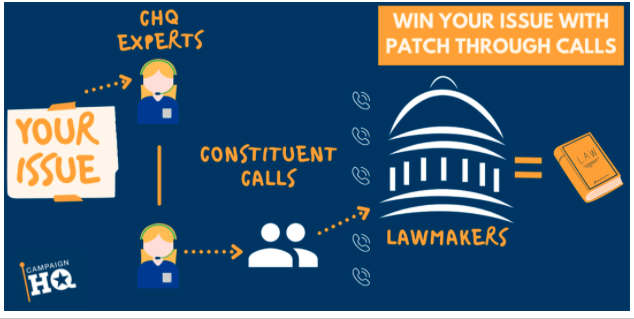 When the Iowa legislature and governor made moves to change the antiquated, convoluted and unfair way in which Supreme Court Justices were nominated in Iowa, the CampaignHQ team was brought on board.

Over the last twenty years, grassroots conservatives have been troubled by the inequity of this process. But previous efforts to change it had failed, even with Republican control of the legislature and Governor’s office.

In 2019, CampaignHQ worked on a patch through project for the FAMiLY Leader, an organization devoted to strengthening families and inspiring Christ-like leadership, in their effort to once and for all, pass this legislation.

The effort to reform Iowa’s judicial system was successful when shortly thereafter the bill passed both chambers and was signed into law by Gov. Reynolds.

In the end, 90% of legislators receiving patch throughs ultimately voted in favor of the bill.

While the FAMiLY Leader’s coalition was outspent, out manned, and had the media working against them, they prevailed and successfully passed most significant changes to Iowa’s judicial nominating process in the last 50 years.

Proving once again, that legislators crave constituent input, are moved to action by hearing from their friends and neighbors and a patch through program is a impactful way to make a big change.