Getting Things Done author David Allen says, “your mind is meant for thinking, not for storing.” With that thought in mind, I would like to share a product recommendation that will free up your mind and get the clutter out of your head.

Mica May is the founder of May Designs, and an all around awesome entrepreneurial spirit. A designer by trade, she made her own notebooks to take to meetings and her clients and colleagues took notice.

May Designs started out with customizable notebooks, and while they are expanding to become a lifestyle brand, I believe the notebooks are the real star of the show.

Unlike a big bulky planner … you can get a new May Book once every few months. They run anywhere from $15 — $28, depending on the size, quantity, and level of personalization.

My favorite is the undated “Weekly Agenda + Graph.”

For more of my product and book reviews, visit my Medium or Pinterest pages.

Any experienced campaigner will tell you that anything can happen between now and Election Day. As we’re approaching Election Day on Nov. 6th, I thought I would share more insights from our CHQ team on specific ways CHQ can help you ensure victory on the big day. Give us a call  so we can get to work for you – 1-(888) 722-4704.

When two-term Iowa State Senator Bill Anderson submitted his resignation in September of 2017, it set off a series of campaign challenges involving voter fatigue, election rules, and bitter cold.

In December, State House District 6 Rep. Jim Carlin pulled off a narrow victory to fill the recently vacated Senate seat – 3,707 to 3,083 votes – over Democrat Todd Wendt.  What makes these results interesting isn’t the victory, vote count, or margin, but that Carlin actually lost his home county of Woodbury (HD6) by 122 votes.

This set the stage for another special election on January 16th between Republican Jacob Bossman and Democrat Rita DeJong.  To win, Bossman and the Iowa GOP both knew they would need to mobilize more voters than turned up for the December special.  From volunteers knocking doors, a comprehensive absentee ballot mail program, and making calls to nearly every voter in House District 6, Team Bossman planned to leave no stone unturned.

The real drama starts just days before the election, when a mix-up at the Auditor’s Office delays absentee ballot delivery until Thursday, Jan 11th when ballots need to be post-marked by the 13th.

The Republican Party of Iowa reached out to CampaignHQ for help keeping voters up-to-date.  Our dedicated, conservative call staff informed absentee voters of the ballot mix-up, and reminded them to get ballots turned back in during the narrow window.

Absentees are an important part of every election, but what makes this especially important is Jack Frost was playing his hand in the election this year as well.  Temperatures across the region had plummeted, with highs of -15 degree wind chills, lots of blowing snow, and the forecast getting colder and whiter.

By the time Election Day rolled around, winter still had not let up.  On January 16th the polls open with a -20 degree wind chill and a white-out snow storm.  More calls from CampaignHQ are requested, with a simple message for every voter who missed both absentee ballots and early voting:  “If you can make it to the polls safely tonight, please do.  Many cannot, so YOUR vote today is especially important.”

It worked! Republican turnout increased during the blizzard, with more voters reaching the polls than a month earlier during “balmy” 40 degree weather.  Absentee ballots only saw a small dip on the Republican side compared to a huge drop for the Democrats, who weren’t able to execute a mail and phone program during the same compressed window CampaignHQ and the Republicans got their calls out.

Lauren Page from the Iowa GOP’s House Majority Fund had this to say after the counts were in: “Thanks [CampaignHQ]!  Honestly, we couldn’t have done it without you and your team.   Thanks so much for being easy to work with and for getting the job done under such short notice.  There’s no way we could have gotten through all those calls, and the effect they had on turnout at the polls and absentee ballots is undeniable. ” 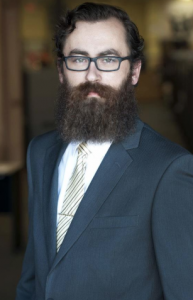 We have a great staff at Campaign Headquarters – a passionate group of hardworking, attentive individuals that do a tremendous job of serving our clients.

One of the members of our “executive team” is Martha Waffles, Chief Canine Officer.

As the Chief Canine Officer, Martha Waffles does a lot of lounging, eating her favorite treat, Greenies and attending various events. She actually sends an annual email to our clients and friends.  She frequently reminds me that her newsletter is CHQ’s most opened email each year.

Here is another post with insights from a CHQ team member centered around a study that was released last September. The authors of the study used evidence from field experiments to highlight campaign contact in elections. CHQ Campaign Director, Walter Haynie, delivers some great takeaways in his blog post.

Broockman and Kalla argue that primaries and ballot measures are where persuasion tactics work best.

“We find campaigns are able to have meaningful persuasive effects in primary and ballot measure campaigns, when partisan cues are not present … We see clear significant effects in both these election types.”

The reason, they suggest, is that it is difficult to persuade someone to vote against party cues. Big surprise there. It is therefore relatively much easier to persuade voters toward your candidate or ballot measure when party cues are not present.

“reinforce the political orientations of voters, and mobilize them to vote rather than convert large segments of the population to new ways of thinking… Campaigns clearly can influence whether voters bother to vote at all. Indeed, another implication of our results is that campaigns may underinvest in voter turnout efforts.”

So what’s my take-away?

Do you agree or disagree with Broockman and Kalla? Is this useful academic research, or left-wing nonsense?

As a kid, I went to “nerd camp.” John Hopkins University Center for Talented Youth summer camp, to be exact.

Did you know, Lady Gaga and Mark Zuckerberg went too?

Anyway, it should come as no surprise to you that I like to read. And I read A LOT.  I’ve read close to 500 books in the last 10 years — business, politics, philosophy, and pure entertainment.

One of my great joys from this process, aside from the learning itself, is sharing book recommendations with friends, and now with a larger audience. Every once in a while I might share some ancillary thoughts, like how to organize book lists, goals, to-do lists, and bullet journaling.

I started a Medium page to share my thoughts on some of these books. You can also follow along through Pinterest too. I’d love to get your feedback and please share your book recommendations, too! 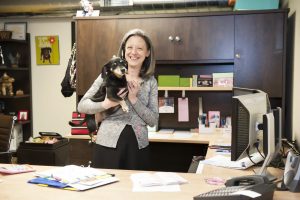 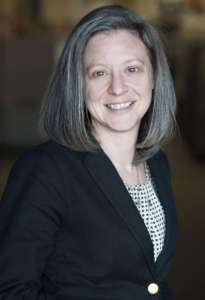 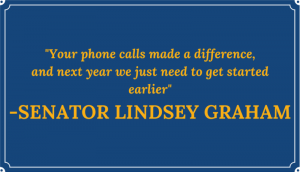 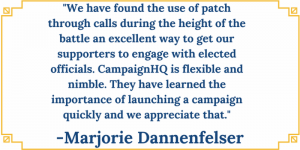