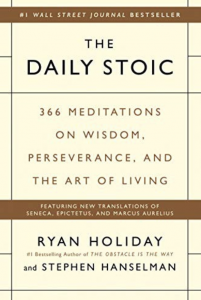 And then the pandemic started.

If this was your first existential crisis … welcome. Hope it didn’t kick you too hard.

For those of us in the arena, whose backs have been up against the wall before, who have had to make the decision “do I live or die today?” … do I put up my hands in surrender or do I turn and fight? We’ve been practicing for this our whole lives. We’re made for this. Like Marcus Aurelius says, “What do I have to complain of, if I’m going to do what I was born for — the things I was brought into the world to do?

So when it felt like the walls were closing in, I picked up my copy of the Daily Stoic, ironically on March 20th. “Ready and At Home.”

I read the entire year again in under a week. If you want to come out the other side of this mess as a winner, read this now. If you need further convincing, check out my prior review.

P.S. – If you’re looking for some page turners, check out my complete book list for 2018 for a good place to start.

Hey friends — how has your pandemic reading been going?

If you haven’t been using this time to expand your knowledge, get organized, make plans and set goals … you have missed out. The world is opening back up, and given the history of pandemics, it’s not likely you’ll have another chance like this in your lifetime. Shakespeare wrote Macbeth during a pandemic. Newton called his semester away from school his “year of wonders.” It was during this time he first set forth his laws of motion.

Like Robert Greene says, it’s either Dead time or Alive time. Either way the time will pass. What will you make of it?

Check out this fantastic podcast clip from Ryan Holiday and Tim Ferriss here:

If you’ve been wondering about the reading I’ve been doing during the pandemic (of course you’re wondering) you can always follow along very closely on my Medium page .

In the meantime, here is a quick look at a few books I spent some time with: 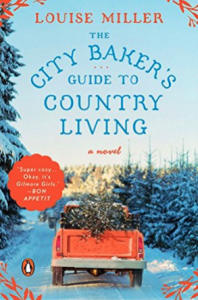 The City Baker’s Guide to Country Living: A Novel by Louise Miller

I read this book at the recommendation of Elise Stefanik. Yes, that’s right. The very same Rep. Elise Stefanik who represents NY’s 21st District, the youngest Republican woman ever elected to Congress, who persisted while being repeatedly called out of order by an older man of the opposing party, reads for at least 30 minutes before going to bed each night. She publishes the list of books she’s read each year.

Now, onto the book itself.

This is the kind of engaging, light-hearted story that will take your mind off the day’s troubles. A fast, fun, easy read.

However, don’t mistake this book for an accurate depiction of rural life. If you are a city dweller seekingthe permanent social distancing of rural life, do not expect country folk eagerly embrace sassy, urban newcomers with purple hair. Expect the nail that sticks up to get hammered down. 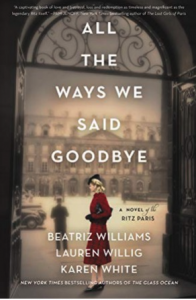 All the Ways We Said Goodbye: A Novel of the Ritz Paris, by Beatriz Williams, Lauren Willig, Karen White

If you like historical fiction, it doesn’t get better than Beatriz Williams. While most Beatriz Williams novels have two intersecting plot lines, this one has THREE! This is because Williams has teamed up yet again with Lauren Willig and Karen White. Each one writes a different point of view and the result is amazing.

All three plot lines — World War I, World War II, and peacetime 1960’s — center around the Ritz Hotel in Paris. The WWI and WWII plotlines have plenty of excitement, suspense, and adventure. It was fun to unravel how the characters in one era would show up in the other. However, the 1960’s characters seemed shallow and contrived, as if their only purpose was to tell you what eventually happened to the earlier characters.

As always, characters from Beatriz Williams’ previous novels made cameo appearances, and it’s quite possible a minor character in this book will show up as the star in a future one. So while this wasn’t my favorite Williams novel, it’s definitely worth a read.

The Power of Bad: How the Negativity Effect Rules Us and How We Can Rule It by John Tierney

Well, it’s fitting that I read this right before a global pandemic decimated the economy. Who knew the American people would surrender their liberty so willingly?

The long and short of this book is that you are genetically hard-wired to look on the negative side of most events. People who tend to see the good in everything are outliers, and natural selection weeds them out over time. Thank goodness, because they are terribly annoying!

This book spent a lot more time on why negativity is so powerful than on “how we can rule it.” So if you want advice on that, check out The Daily Stoic instead.

I hope you all had another great week and that you’re enjoying your summer.

I’ve been into Ryan Holiday for awhile, this is not new. And he never disappoints, especially on his birthday. Give this one a read.

This video was a new one for me – how have I not heard of this lady before? O.M.G

And I literally laughed out loud at “party planners gone wild,” naturally.

What are you into lately? 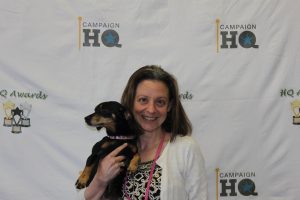