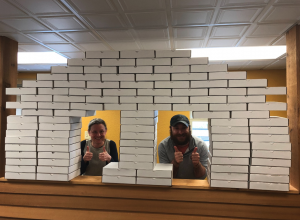 Are we having fun yet?

Even in the midst of hectic and crazy campaigns, the CHQ team is having a blast. This week we sent out our Election Survival Kits. We might have had a fun time putting these together for you!

We’re here with you, every step of the way. Call us if we can help! 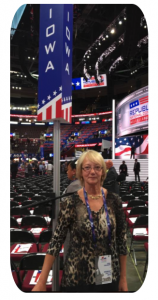 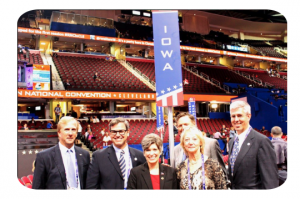 Our CampaignHQ team is one that is hard working, reliable, extraordinary at what they do and truly experts in politics. Senior Campaign Director, Marlys Popma, knows what it takes to win and lead successful campaigns. Here’s a quick write up she put together for our clients, sharing her expertise.

The 2020 election cycle will be my 34th year working to elect conservative candidates and uphold conservative principles.

After this many election cycles, I’ve seen a great number of promising candidates fail through a lack of planning. Conversely, I’ve also seen candidates many “experts” wrote off win an election with grit, determination, and a sound voter contact plan.

So how do you begin crafting an effective voter contact strategy?

Start by working backward. What is your vote goal on election day? What steps do you need to take each week to achieve that?

In the five days preceding the election your goal should be to physically touch at least three quarters of those voters either by door knocking, phone, conTEXT, or digital media.  You should have a list of people equal to at least one half of your vote goal to call to turn out to the polls.

In the months immediately preceding the election you should be working on an absentee or vote by mail program. There is nothing worse than winning at the ballot box and losing the election. Set up a phone Voter ID program to determine which people plan to vote early. First, work with those who have done so in the past, and then select other likely suspects, like homes with 18-25-year old’s and seniors who have never voted early. For those you cannot reach on a live call, send them a text message.

Forty-five to sixty days out, start your head-to-head phone ID work.  Don’t just ask who the voter supports, ask who their second choice is.  If the voter has a second choice they are still up for grabs and if you are the second choice, you need to make a run at them. Again, use a smart combination of phones and text.

The two or three months prior to the election should be used to identify voters by issue. Don’t start your candidate voter ID program too early. People don’t typically make up their minds on a candidate until a month or two before the election. Use the early months to find out what people care about so you can target your direct mail and digital media at just the right issues.

Don’t forget, if you have someone ID’d by issue, you can tie their primary issues to their first and second candidate choice. If you are the second choice of an individual and you know what issues they care about, now you have something to work with.

That’s my plan in a nutshell. Of course, I am at CampaignHQ, so this is going to be heavy on phones and text, but identifying and turning out voters is done in no better way than by having a conversation. And don’t forget to use some of the latest technology for GOTV and Advocacy calls – conTEXT peer to peer text messaging. Whether you are using phones, conTEXT or both, you can be assured, it’s fast and cost effective.

If I were drafting a plan in earnest, there would be calendars, vote goals, andobjectives that say when we need to have a certain number of voters identified, etc.

And remember, a plan is not a plan unless it’s on paper.

If you have a candidate in one of the upcoming primaries and you have not yet established your turnout plan, give us a call. Not only can we help you with your calls and texts, we can help you put that plan on paper!

I look forward to celebrating your victory with you on Election Night!